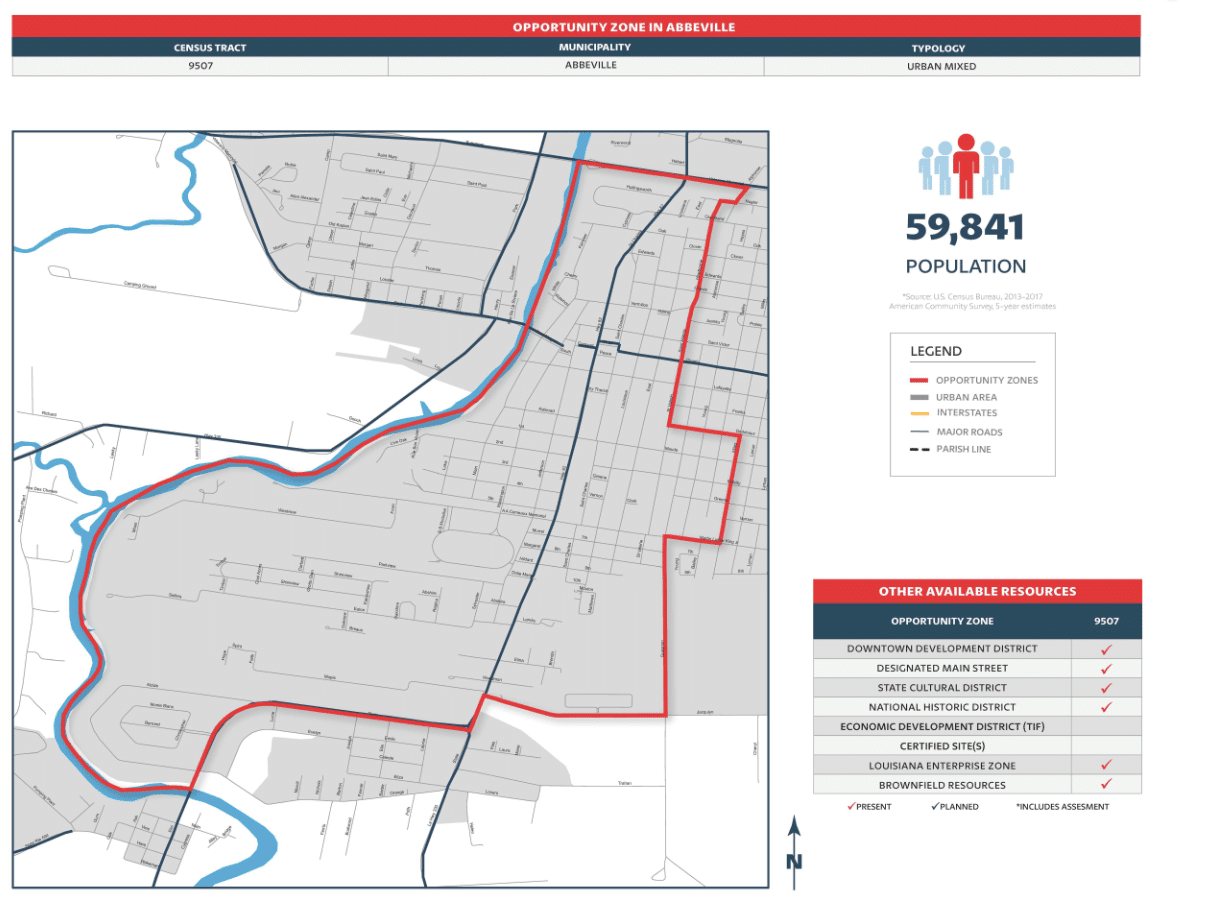 Part of Vermilion Parish has been approved as a “Qualified Opportunity Zone.” Vermilion Economic Development Alliance Executive Director Anne Falgout said she recently received word that the designation had been approved.

Specifically, Vermilion Parish Census Tract 9507 covers the zone. “Vermilion Parish Census Tract 9507 includes most of the downtown area of Abbeville,” Falgout said. “Located in the heart of our parish, this census tract is an important part of our economic development efforts. This area contains numerous historic structures and is supported by Abbeville’s Main Street both of which provide for the potential to leverage historic preservation tax credits. This combination of resources, when combined with the incentives created by opportunity zones, has the potential to revitalize downtown Abbeville, to create new local jobs, and attract new private investment into Abbeville and Vermilion Parish.”

Opportunity Zones are designated by the governor, or chief executive of a given state, district, or territory. Opportunity Zones must be created within “low-income communities.” Low income communities are defined by the internal revenue code as any census tract that has a poverty rate of at least 20 percent and a median income that is less than 80 percent of the statewide median income. This tract meets this definition. The poverty rate for Census Tract 9507 is 31 percent, double the national poverty rate (15.1 percent) and considerably higher than the state poverty rate (19.7 percent). Additionally, median household income in Census Tract 9507 is $35,508, approximately 3/4 of the state’s ($45,652) median household income.

Important information and departments within your city government.

Pay your bill, send us a comment and more.